From the wonderland of nature to the desert-like environment, trekking in Nepal is a full and bold adventure. Multi-cultural and biodiversity are the country's beauty for the adventurous trek. Discussing the Upper Mustang Trek - perhaps it is the adventurous and mysterious trekking destination in Nepal.

Mustang is one of the popular trekking destinations of Nepal, it is both culturally as well as a mysterious rich journey perfect for summer and autumn trekking. Mustang is considered one of the places in the country where one can find the centuries-old Tibetan Buddhism culture still being practiced. The Lo-Manthang is another popular destination for tourists in the area seeking to experience the native culture.

This region has a very rich and unheard history, as once it was known as the hidden kingdom. The journey offers you a spectacular trekking experience. The remote geography with the scattered cultural settlements and the close views of the soaring ranges of Annapurna will amaze you.

Trekking in the Mustang Region is best for those who prefer a quiet and unique trekking experience in the hidden gems of the country. It is situated on the border of Tibet and falls under the rain-shadow terrain by the Annapurna and Dhaulagiri Himalayas. Trekking to this region is possible throughout the year because of these features.

Trekking to Upper Mustang was closed and foreign visitors have been allowed to trek this region since 1992. It is still restricted for solo travelers and visitors need to obtain a special permit to enter and explore this region, costing $ 50 per day per person.

Upper Mustang is most famous for its cultural beauty. The region is covered with many historically significant sites. 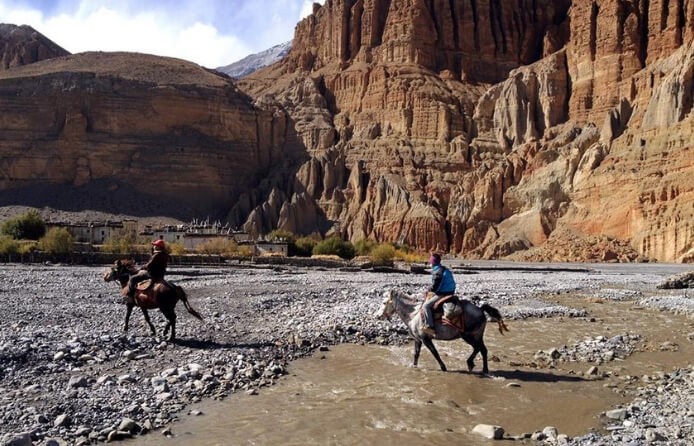 It is restricted so you need a certain permit to Visit Upper Mustang:

Top 7 reasons Why You Should Trek Upper Mustang

The ancient Kingdom of Lo-Manthang

Trekking in Mustang is like going back into ancient times, which captured the historic Tibetan Buddhist culture, home to thousands of caves. In the region, there is still the kingdom of Lo-Manthang in upper mustang since the seventh century. According to the region's history, the walled capital of lo-Manthang was constructed by a warrior. The kingdom of Lo-Manthang has covered the strategic position regards the trade route between Tibet and India- making it one of the most powerful kingdoms. Exploring the area gives you many more things about the region.

Upper mustang is the hidden gem of the country as it is an actual trekking adventure. Exploring the man-made and natural formed caves, the region is home to over ten thousand caves and hollowed spaces on the rocks. Locals believe that there are many mysterious caves although research on the mysterious caves has been going on. The caves of the area are very fascinating to explore. Upper Mustang is the perfect destination to explore the unseen and the unreached paths.

Remote Location and its rich history, Upper Mustang's Tibetan Culture, and heritage are still preserved. During the journey, you will walk through the Buddhist shrines and monasteries that reflect the unchanged Tibetan-Buddhist culture and faith in the region. You will get to know many more about the region as each shrine and monastery carries its unique myth that will take you to the spiritual and ancient times. The Tibetan mountainous lifestyle is also a great attraction to trek Upper Mustang Region.

Tiji Festival- a well-known and most celebrated festival in Mustang, is the event of the religious ceremony, depiction of myths and legends in the form of fold dance and songs. It is the festival of colorful attires. It is best to trek Upper Mustang in summer to enjoy this wonderful and unique phenomenon and festival. The people of Lo celebrate this festival wearing traditional colorful dresses, beating drums, signing flog songs, and many more. 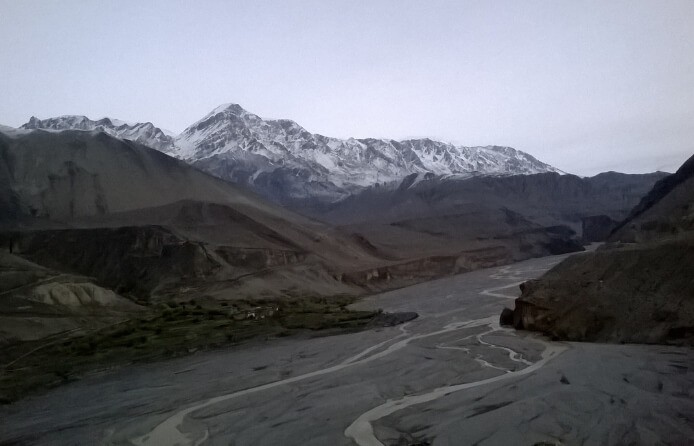 During the walk, you will never be far from the tallest snowy peaks on this trek. As your adventurous journey begins from Jomsom or Kagbeni, you will see the breathtaking views of Nilgiri, Dhaulagiri, and Annapurna ranges. You will alongside witness panoramic views of these mountain ranges and other magnificent snow-capped peaks including Tilicho, Chuli west, Tukuche, and a few others. Along with the desertification landscapes, you will also enjoy the beautiful snow-peak views during the walk. Upper Mustang is the home of rare animals and birds like snow leopard, and Musk deer. Long-haired domesticated cattle- Himalayan yak is used for transportation and milk. Having the Himalayan alpine terrain-mustang is also famous for various species of herbal plants often used for various purposes such as incense, medicine, and others. 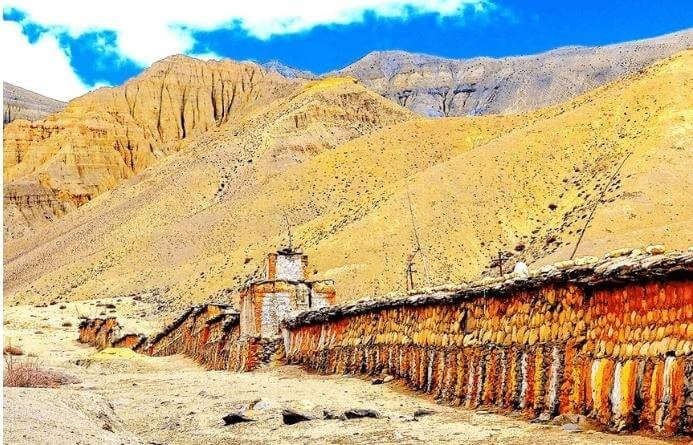 Aged old monasteries and Gompas of the region are also the major attraction of the Upper Mustang trek. The Upper Mustang Trekking itinerary includes visits to many Gompas and Buddhist monasteries along the journey. Mustang journey is best for both spiritual and adventurous ones. It is the treasure-house that preserves the glory of the past. Ancient religious manuscripts, images, and art are well preserved in many monasteries of the region that reflect their history and culture.

The journey to Upper Mustang follows an ancient trading route between traders in Tibet and India. You will follow the route that dates back to the 13th century, where you will see many Buddhist shrines, monasteries, prayer flags, and many other monuments along the roads.

One of the most the asked question, How difficult is Upper Mustang Trek? well, trekking to the remoteness of the country, there comes many challenges and obstacles, so the Upper mustang trek is categorized as a difficult trek, trekking in the Himalayan means you not only have to walk but also fight at high altitude so upper mustang comes under moderate to difficulty.

During the journey, you just need to cross an altitude of 4000 meters. If you are fit, then trekking here is a bit challenging but not tiring. Upper mustang is an easy trekking trail, here you don't need to have any special skill, other than the ability to walk.

How many hours per day do you need to walk for Upper Mustang Trek?

Walking hours depend upon the itinerary you follow during the trek, normally you need to walk 8-9 days in total from Jomson to Jomsom with a full day exploring in Lo-Manthang. So on average, you need to be prepared to walk about 6-9 hours per day with rest and lunch break.

Can I trek Upper Mustang on my own (solo)?

As mentioned above upper mustang is a restricted area. To trek here there should at least be two trekkers including a guide or porter. It means you need to have a guide or porter and can't do solo trek in this region. 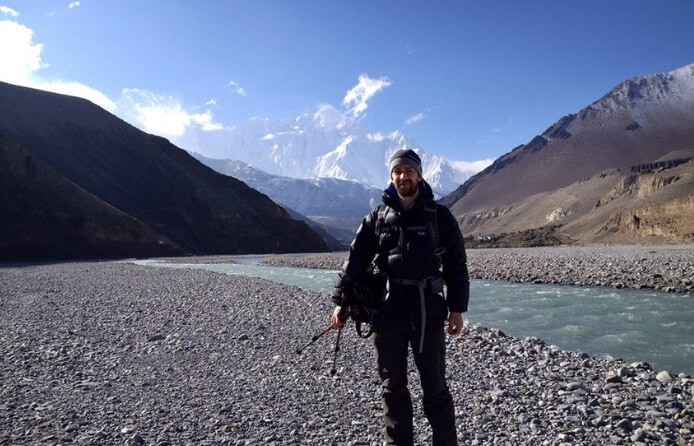 Can I trek Upper Mustang during Summer/Monsoon season?

As I mention above Upper Mustang region lies in the rain shadow of Annapurna and Dhaulagiri ranges and is also known as the Himalayan High Alpine desert. It receives every little rainfall even in the monsoon. So yes! A VERY BIG YES! You can trek here even in Monsoon season. August is the best season for upper Mustang Trekking along with the autumn season (September, October, and November).

Hope this article gives you the required information you are looking for. For more details on Upper Mustang Trek Package, map, and detailed itinerary, feel free to ping us anytime! If you are searching other than this then please let us know @nepalhikingtrek.com. Thank you!