No wonder, here the UNESCO world heritage sites refer to the place that belongs to all the people around the globe. Nepal also has some beautiful monuments listed in the UNESCO world heritage sites. These sites are the amazing man-made wonders which are preserved from ancient times like over 2500 years old. In Nepal, many sites are inside the Kathmandu Valley and can be completed exploring in a single day. Only a few from the list are outside the valley.

Be the part of the amazing lifetime's experience, view the unique architecture, design and culturally rich heritage. Enjoy the wilderness of the flora and fauna of the Himalayan in the Sagarmatha and Chitwan national park.

Trip to the UNESCO world heritage sites in Nepal means a trip to the world highest mountain Mt Everest and the birthplace of the Buddha- Lumbini.

So whether you are the nature lover or the culture, here is something beautiful for all.

Let's know about the UNESCO world heritage sites of Nepal:

The Pashupatinath Temple is a famous and sacred temple of Hindu located on the bank of the Bagmati Rivers located around 5 km north-east from the centre of the Kathmandu-the capital of Nepal. This beautiful temple complex is in listed on the UNESCO World Heritage Sites' list in 1979. You can see many collections of the temples, ashrams, images which are build and collected over the centuries along in the side of the sacred Bagmati rivers. This temple is also included as one of the seven monuments around in the UNESCO's designation of Kathmandu valley.

It is believed that the Temples was created in the century by the Liccchavi Kings Prachanda Dev. Over times, many temples have been erected around.

The area of Pashupatinath covered the 518 temples and Monuments.

The temples and monuments inside the inner courtyard

Temples and Shrines in the outer complex

The main temples in the Pashupatinath are built in the Nepalese pagoda style of architecture like a cubic construction, beautifully carved wooden rafters and rest Tundal. The two-level roofs are of gold and copper covering. The temples are made on a square platform with a height of around 23m 7 cm from the base to top. Gajur.

There are many festivals celebrate in this temple throughout the years and thousands of people attend these festivals. Among which Maha Shiva Ratri and Teej is the most important festival. Teej is the most celebrated festival in this temple by the Hindu women for the long life, and happiness of their husband, where the people believe that taking fasting whole day will make the strong bonds with their husband, so in this days, you will see the Pashupatinath temple with the biggest crowd.

Exploring these temples gives you the chance to know more about Nepali culture and festivals.

Pashupatinath is also one of the living cultural heritage sites in the world. it is the centre of energy with the active participation of the people at all times of the day. You can also participate in the daily rituals of the temples to know more about it.

Boudhnath is a stupa in the Kathmandu, valley located about 11 km far from the centre of the Kathmandu valley-capital city.

Boudhanath is also one of the largest Stupa in the world which is built during the 5th century.in 1979, Boudhnath is listed in the UNESCO world heritage sites, along with the Pashupatinath and Swyombhunath, Boudhnath is one of the most popular tourists in Nepal.

The stupa is on the ancient route from Tibet which enters the Kathmandu valley crossing the village of Sankhu in the northeast corner and passes by the Boudhnath and small Boudhnath-Charumati stupa but now the trade is done through the Lalitpur, but due to the popularity and beauty their stupa is still in the heart of every people.

It is believed that the stupa was built during the 5th century.

You can see the structure of the Boudhnath is so much similar with the main Sywombhunath stupa.

Visitors of all background can participate in the rituals here, you can spin the prayers flags that surround the monuments, you can shop the Tibetan jewellery handicraft and thangka. You can buy these things, you can enjoy the surrounding view enjoying the hot coffee sitting inside café.

Boudhnath gives you the chance to explore and know more about the Buddhist culture, their rituals, get the opportunity to explore the beautiful heritage sites of the UNESCO.

A beautiful ancient religious complex standing at a top of a hill in the Kathmandu valley, in the west of the Kathmandu city. this stupa is probably the most scared among the Buddhist pilgrimage sites. The sites are consists of a stupa, a variety of the shrines and the temples, which are preserved from theLicchavi periods. You will also see the Tibetan monasteries, museum and library which is recently added.

The stupa is uniquely created designing the Buddha eyes and eyebrows painted on. The nose is painted in the Devanagari script which is number one.

There are many shops, restaurants and hotels around the stupa. You can see the site ahs the two access, one is a long staircase leading directly to the main plait form of the temples in the east and another is south-west entrance taking from the highways. Take the east access meant you will be breathless and sweating as well as tired but will felt upon the biggest Vajra- a white dome of the stupa, at the top of which you can see the two giant Buddha eyes- like looking out over the peaceful valley.

You will see the four giant eyes of Buddha in the main stupa which represent wisdom and compassion. Above the pair of eyes, there are other eyes, which is known as the third eyes. It is believed that when the Buddha preaches, cosmic rays which emanate from the third which acts as the messages to the heavenly beings so that those who are interested to listen to the Buddha can come down. A curly symbol, which symbolizing the nose which is much similar with the question marks, ib Nepali is is used to figure out one, here it represents the unity of the things in the world as well as the only path to enlightenment through the teaching of the Buddha.

Swyombhunath Temple is also well known as the "Monkey Temples" cause you will see many monkeys around the stupa, temples, trees and nearby.

Going back to the history, the Kathmandu Durbar Square was the palaces of the Malla and Shah kings who ruled the city over. Along with these places, you will also see the square surrounds quadrangles, revealing courtyards and the temples known as Hanuman Dhoka Durbar Square- a name derived from the statue of the hanuman-the monkey devotee of Lord Ram, which is at the entrance of the palace.

Surrounded by the ancient statues, ponds, fountains also a series of the courtyards such as Mohan Chowk, Sundari Chowk and few others, really Kathmandu Durbar Square is a religious site for the spiritual seekers.

The palace is decorated with the elaborately carved wooden windows and panels and houses the kings Tribhuwan memorials Museum and the Mahendra Museum.

The Living Goddess, Kumari Devi or Kumari is the young prepubescent girls who are worshipped as the manifestation of the divine female energy or Devi in the Hindu and Buddhist tradition.

Kumara is a young prepubescent girl who is selected from the Shakya caste from the Nepalese Newari community. The Kumari is worshipped by the Hindus of the country. There are the several kumaris throughout Nepal, with some cities having the several, they are well known as the Royal Kumari lives in the Kumari Ghar of the Kathmandu, a palace in the centre of the city.

The goddess is said to have declared that she resides in all the female living beings in this universe. But while worshipping a goddess, only a young girl is chosen over a mature woman because of their inherent purity and chastity.

The selection process of her is rigorous, they are generally choosing for one day and worshipped accordingly on the certain festival like Navaratri or Durga Puga. A kumara is believed to be the incarnation of Taleju. When her first menstruation begins, it is believed that the goddess vacates her body. Serious illness or the major loss of the blood from an injure also cause a loss of dignity.

You can see the Kumari Tradition is only followed in some cities in Nepal like Kathmandu, Lalitpur, Bhaktapur, Sankhu and Bungamati.

It is believed that getting the one glimpse of Kumari will brighten your fortune, so many people of the serious illness visit here.

Exploring here gives you the chance to know the unique tradition of Nepal.

Sagarmatha National Park is the park lies in the Himalayas of eastern Nepal. it covered around 1148 km2 in the Solukhumbu District and ranges from the altitude of 2,845 to 8,848 meters at the summit of Mt Everest (world highest mountain). Sagarmatha National Park shared its border with the Qomolangma National Nature Preserve of the Tibet, Makalu Barun National Park and Dudh Koshi rivers in the east and south.

Sagarmatha National Park was established in 1976 and became the country's first national park and was inscribed as the Natural World Heritage Sites.

You will see the many wildlife with unique landscapes, explore the unique flora and rare fauna. The forests in the subalpine consist of fir, Himalayan birch and rhododendrons. At the elevation above the 4,000-5,000 metres you will see the forest of Rhododendrons and above this misses and lichens grow. You will get to see more than 1,000 flora in this national park.

The area is covered with the dramatic mountains, glaciers, deep valley and the seven highest mountains other than Everest, home of the many rare birds and animals like a snow-leopard, red panda. Along with these, you will see the Sherpa people living within the park and combined the nature and the culture. Every Everest Region Trekking like Everest Base Camp Trek, Everest Gokyo Lake Trekking takes you through this national park.

Chitwan National park is the most popular tourist destination and also one of the first national parks in Nepal which was established in 1973 and listed in the UNESCO world heritage sites. This parks cover the area of 952.63 km2 and located in the subtropical Inner terai Lowlands of south-central Nepal. lies in the district of Mawalpur, Parsa, Chitwan and Makwanpur. In the altitude, this park ranges from 100 meters to 815 meters ( from river valley to Churia Hills). 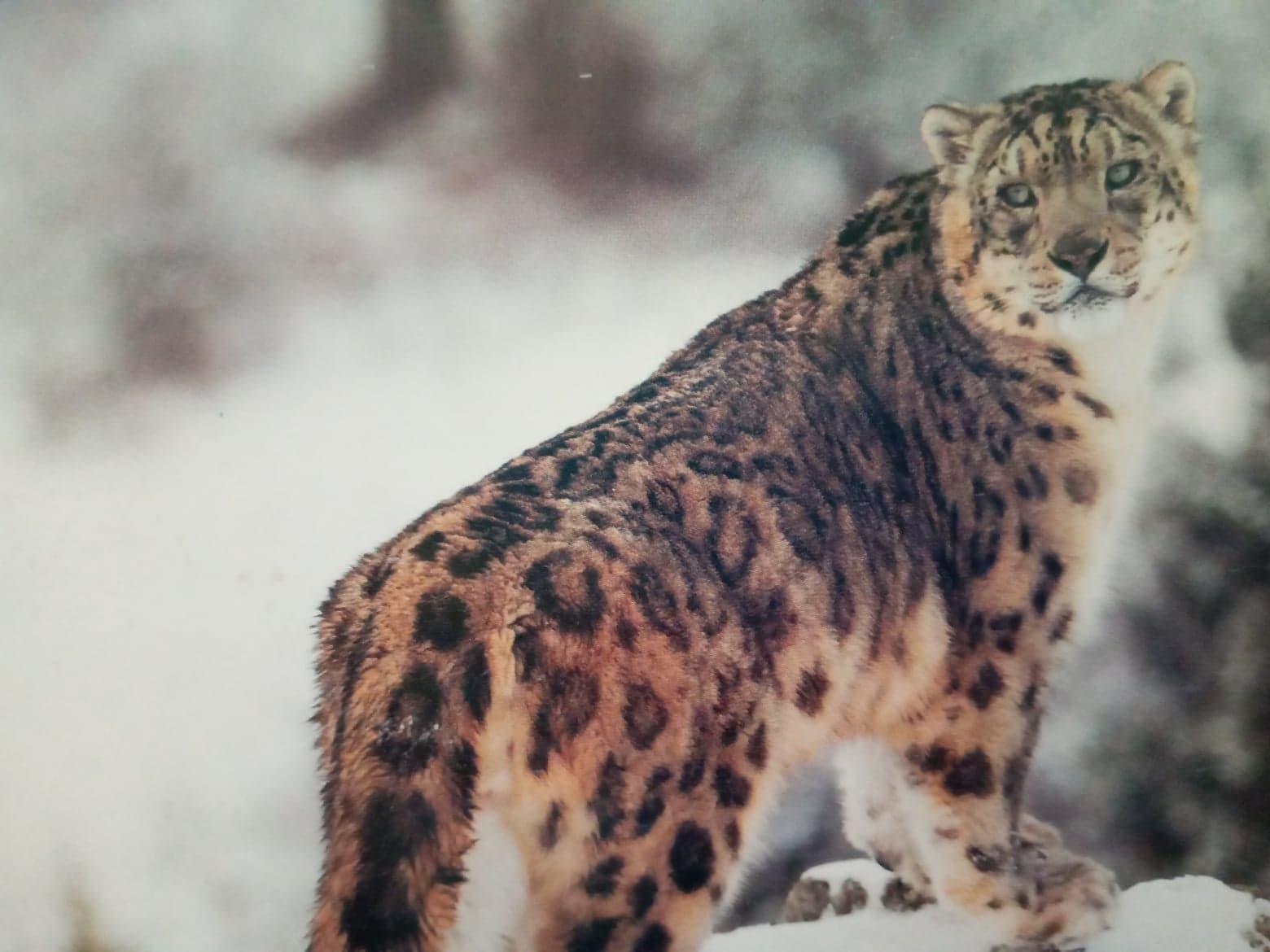 It shared its east and the southern border with the Parsa National Park and Valmiki National Park of India and north and west side, Narayani and Rapti rivers forms a natural human settlement.

The typical vegetation of this region is a Himalayan subtropical broadleaf forest like sals trees covering about the 70% of the national park, in the altitude in Churia hills you can see the Chir pine and on the northern slopes sal, there grow the small flowering trees and shrub species like rosewood, Azlewood, elephant apples, creepers, Belecric and so on.

Along with this Chitwan National Park also protect more than 700 species of the wildlife, birds and insects. Uncounted numbers of the butterfly, moth and the insect's species. Apart from the king cobra and rock pythons, other 17 species of the snakes and lizards are found here.

Many species of the fish and crocodiles are funded in the lakes and in the Narayani-Rapti Rivers.

Many outdoor actives can be done here, like jungle safari, wildlife research, explore and many more.

A developing country, with the unique living style, still well-preserved culture and tradition, views from the flat terai to the world highest mountains, every weather and climate can be experienced here. Peaceful nature with the backdrops views of the many highest mountains, exploring the unique flora and fauna, nothing feels heaven than this. So Nepal is the perfect destination for exploring, trekking, and other outdoor activities. Nepal Hiking Trek